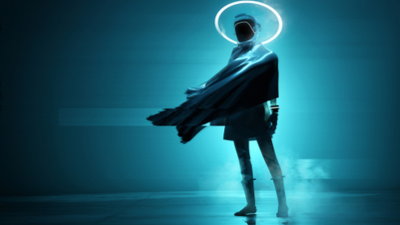 In Warframe, Nova Prime (and Nova) is an anti-matter themed character with a pretty cool ability kit and crazy versatility. You can use Nova in pretty much any mission, and as long as you’re not low on Energy, you’ll be a great asset for your team. It’s rare to find a Warframe that does well in speed-run Capture missions as well as in long, stationary Defense missions, but Nova fills both niches pretty well.

Nova is also somewhat of a glass cannon; her offensive capabilities are incredible and she can decimate rooms full of enemies, but she is low on Shield and has moderate Health capacity. In this guide, we’ll be taking you through everything you need to know about Nova: how to acquire the vanilla and Prime parts, how her abilities work, and the two best builds (Speed and Slow) for Nova.

How to acquire Nova and Nova Prime in Warframe

You can acquire Nova’s base blueprint from the Market for Credits. To obtain her components, you will have to defeat the Raptors at the node Naamah on Europa. It’s not a grindy one, and the drop rates are pretty normal:

You can expect to obtain all three parts within ten attempts. The Prime can be obtained via Relics or by trading parts or Warframe Platinum with other players.

Passive Ability: Nova’s passive creates a neutron burst whenever she is knocked down, damaging enemies around them with Blast Damage. The damage is pretty low and the effect isn’t noticeable enough, so this is one of the less effective passives in the game.

Ability 1: Null Star – This is one of those abilities you want to keep up at all times. Null Star conjures anti-matter particles (number of particles depends on Ability Duration) that orbit around Nova, granting damage reduction and attacking enemies nearby (damage is affected by Ability Strength and range by Ability Range). Note that attacking enemies permanently takes the particle out of orbit and it gets used up, until you recast the ability. However, you can only recast the ability after all particles have been used up.

Ability 2: Antimatter Drop – This ability is an incredibly powerful nuke. Nova casts a floating antimatter orb that you can roughly steer using your aiming reticle. This orb will absorb all damage when shot at, including friendly fire and enemy fire. The orb is slow and there is plenty of time to charge it up by shooting, but as soon as it hits an object, it will explode (affected by Ability Strength) while dealing upto 7x damage to all enemies in the explosion radius. This ability is capable of clearing entire rooms easily. You don’t even need your teammates to cooperate, you can simply shoot the orb with a Hek or Ignis Wraith a few times and it’ll deal a ton of damage as soon as it hits. The explosion radius is pretty good and allows you to cover a large area easily.

Ability 3: Worm Hole – This is the ability to use for rushing through maps when you’re grinding that Capture Relic mission over and over again. This ability opens a rectangular portal in front of Nova. The portal has an energy trail behind it that leads to a point (up to 50m away, depending on Ability Range), that is created based on where you’re aiming when you cast the ability. The portal works for you, your teammates, as well as enemies, allowing you to travel within a second to where the energy trail ends. The duration of the Worm Hole depends on Ability Duration, and it automatically expires. You can create up to 4 Worm Holes at once.

Ability 4: Molecular Prime – This is the ability Nova is mainly used for, and the two builds (Speed/Slow) are based on this ability. Molecular Prime releases a wave of antimatter particles, affecting enemies with three effects: slowed movement speed, explosion on death, and a 100% increase in damage taken by that enemy. The speed effect and explosion are influenced by Ability Strength, while the radius of that explosion is affected by Ability Range. Since the game also allows you to have negative Strength %, you can actually speed up the enemies using the necessary mods. Try to keep this ability up at all times when you’re dealing with crowds, as it can make missions a lot easier with the debuffs.

This is the best build for Defense missions as it speeds up enemies and allows you to fast-track the mission easily. Note that low Ability Strength increases the speed of enemies affected by Molecular Prime.

This is the best build for missions like Mobile Defense or Excavation, where you want to slow the enemy down. Note that high Ability Strength decreases the speed of enemies affected by Molecular Prime.

You can also add Power Drift for extra Ability Strength. I highly recommend having both Speed and Slow builds in slots A and B of your Nova at all times, to be able to switch between them whenever required.

Nova (and Nova Prime) is a great Warframe that can do especially well in Defense and Survival missions, and her offensive capabilities are very unique. She excels in crowd control, applying enemy debuffs, as well as speed-running through missions using her Worm Hole. She’s definitely worth getting your hands on, especially Nova Prime due to her high-tech themed outfit. Nova is even useful in farming missions, where you can speed up the enemies while your Hydroid and Nekros eliminate them and multiply their loot drops. There’s a lot you can do with this frame and it never really gets stale, no matter the mission.

If you’re getting to grips with Warframe, check out the 5 Best DPS Warframes that you should be using.