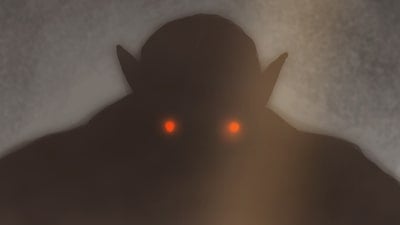 With the new Path of Exile patch, 3.16 Scourge, it is important for players to select a great league starter build in order to build up a foundation for progression. Not every build can achieve a satisfactory result as there are prerequisites to having a smooth league start experience. Ones that require low investment which can still blast their way through the campaign with no trouble will allow exiles to begin their end game sooner. This allows for more currency generation than being stuck in the first acts of the game. The sooner you can create wealth for yourself, the quicker you can start creating fun and silly builds that aren’t able to function without certain uniques or hard to obtain items.

For the current challenge league, we have several recommendations that you can pick and which will give you no issues whatsoever.

League after league, the Toxic Rain Raider has continued to be a league starter beast. As this build does not rely on any fancy items, you can run it straight into end game farming with little to no effort. Most of its power comes from simple stats like chaos damage over time scaling that can be easily found in your passive tree and on gear. There are plenty of resources out there as this is a tried-and-true build which will be able to assist any hurdles you may face in your end game. Once this league starter build is off the ground and with some investment, it can take down most end game bosses.

The ascendancies you will take in order are:

Leveling you will use a combination of Caustic Arrow for clearing and Toxic rain for bossing. Both of these skills can be found during the first act.

The tankier alternative to the Toxic Rain Raider, Champion offers greater defensive options at marginally less damage and utility. Toxic rain is an easy skill to scale right into the late game with little to no investment, landing it on our list twice!

This variant of the build was greatly popularized leading up to the current league in 3.16 by several of the larger content creators in the community. This build can transition into a late game monster with investment into gem levels and chaos damage of time scaling.

Ascendancies in order that should be taken

This build is crafted around bossing which is able to produce large amounts of damage with little investment into the build. Trapper playstyle is relatively safe by being able to attack from afar and set up traps in front of oncoming enemies. This means fewer passive points put into creating a beefy defensive and more put towards damage allowing us to breeze right into the end game content. There are no bosses this build can’t take on.

Ascendancies in order that should be taken

All three of these have very different play styles to suit anyone’s needs. They can all progress through the end game on day one of a new league. Most of the needed uniques drop dramatically in price as the challenge league continues, allowing for late comers to quickly pick up the game and catch up to their friends. These league starter builds will surely help as you make your way through Path of Exile 3.16 Scourge.