RuneScape – How to Beat Nex 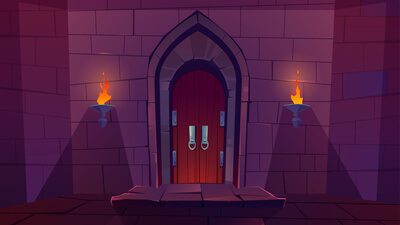 If you have been struggling to beat the Runescape Nex boss, then look no further. This guide will outline each phase that you have to face, and what you need to do to over come them.

We will be discussing the following points in this guide:

This boss fight takes place in a circular room, and has five phases. These phases include Smoke, Shadow, Blood, Ice and Zaros. We are going to be taking a look at each phase in more detail, and what you need to do in order to get through the battle when playing solo.

In this phase, you will notice five auto-attacks coming in before the boss launches a special attack. You also need to keep an eye out for her attacks that can drag you towards her, no matter how far away you are. This can stun you and take your protection prayers as well. To counter this, use Freedom and activate your protection prayers again as soon as you are able. If you can, try luring her to the sides. This helps you to avoid being dragged into her attack of no escape, which will hit you every time if you are in the middle of the arena.

When Nex has 160,000 life points, she will summon Fumus. He needs to be despatched as quickly as you possible can. If you are able to get through the phase without using Freedom, then you can use it now to auto-attack Fumus with.

Nex will start this phase using either Embrace Darkness or Shadow Slam. You should switch to Soul Split at the beginning of the Shadow Phase. If Shadow Slam is being used, then use Deflect Missiles too. You may see Nex chasing you if your armour is weak. Surge away so you are facing straight on then start going for Nex. Keep moving away with Soul Split at the ready before the ranged attacks come back.

If the bleed that you can suffer from is causing you issues, then you can try getting Nex over to the side where you find Cruor. From here, surge back over to Umbra. A great weapon to use is the Eldritch Crossbow which will get her health down pretty fast.

Many players believe that this is the hardest phase in the fight. DPS plays a major role here, and you need to be fast. Nex begins with the summoning of two Blood Reavers. Try your best to get as much adrenaline as you can from the boss, and you also need to be careful of the attacks that can heal her as well. As for your distance, you should try and stay with in reach of being able to perform melee attacks.

Being within this distance is essential. It will stop her from being about to use as many magic attacks when you are this close. These attacks tend to heal her, and being within this distance will also prevent any Armadyl book procs from walking. This is where using snipe comes into play. We want it to hit as her siphoning finishes. It will take some training to get this right, but a good clue to go off of is to wait until her wings are at the highest point before starting to snipe.

Siphons will stop summoning reavers when Nex gets to 80,000 life points. If there’s any reavers remaining, she will no longer be able to be healed by them either. Take out Cruor as fast as you can and force the issue to get her into the next phase before she can use another siphon attack on you.

How this phase starts will depend on how the blood phase finished. If Nex’s final attack was Blood Sacrifice, then you will need to contend with the Ice Barrage, which sees four icicles popping up with a 3×3 range. These can cause a fair amount of damage and stun those around, as well as disabling any overhead protection prayers too. The main tactic for handling this attack is to stay as far away from Nex.

If the last attack was a Blood Siphon, then the phase will start with Ice Prison. She will engulf you in ice, which stuns you and disables overhead protection prayers, both for 5 seconds. To deal with any attacks, you should have Reflect or Resonance ready to be used. You can also deflect the attack damage back to the boss with Reprisal.

Either way, start the phase by standing over near Cruor. When you get the chance to attack Glacies, go ahead and do so. Nex will call upon Glacies when she’s down to 40,000 life points. You can also avoid attacks better if you have an attack range of 7 or above.

In this final phase, Nex activates Turmoil and heals herself back to 73,333 life points. She starts off with Souls Split usually, and will heal 2,500 life points whenever an attack near a player is successful. The softcap here is more difficult as well, with damage being cut by three quarters when above 2,000. Make bleeds and rapid fire your priority here, and try to stay in melee distance to the boss.

After Nex is dead, Wrath will be activated. You have around three seconds in the time that it takes to charge to get at least four spaces away so you’re not hit.

It’s worth mentioning that trying to solo Nex is going to be way harder than if you’re in a duo. You need to make sure that you have the Eldritch Crossbow, since it isn’t as affected by the damage caps in place as other weapons are. With this weapon, you can expect to get around 20 kills on an hourly basis.

If you have been using melee attacks throughout, try and switch out to ranged when you get to the final phase. At this point, Nex will happily punish any players that are focusing on this approach. Having a pack yak will help you to cut down on the food that is eaten. You can switch it to the shadow nihil once you are more familiar with getting the kills. If you are a melee player, then try using a ripper demon so that you can use its passive to full effect. This is based on the amulet having Satius’ Warhammer to get 100% accuracy. For this you will need a stack of 7, though you can get close to this with a stack of 5.

This should help you take the fight to the Runescape Nex boss and be successful. It will take some practice to get consistent kills per hour. Once you have the tactics down, you should do just fine. Duos are much easier, but solo is certainly possible.