How to get Platinum in Warframe 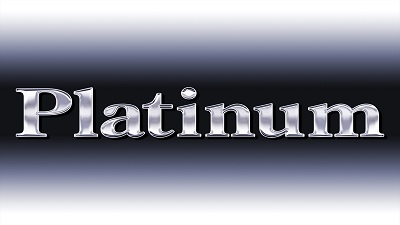 Warframe, as many free to play games, has its way of winning money for the company. This time we will be talking about Platinum, the currency we can buy with real money.

You can buy Platinum in many different packages and as you can get almost anything in Warframe, you can also get Platinum without spending a single penny. I’m going to talk briefly about the ways of earning this currency so you can spend it anyway you’d like to.

This is the main way to get Platinum, of course, with real money. It is thanks to people that buy Platinum that you can try the methods below.  However, there is a twist! In the daily login system, there is a change to obtain Platinum Discount Vouchers, which give you up to a 75% discount on your next Platinum purchase. It’s extremely useful to higher the value of your purchase, or even if you’re a little short on money since the lowest it can get is $1.25 for 75 Platinum.

If you’re the type of player that spends zero real money on video games, this is your top choice here to get Platinum. Warframe is a land of farming, many things to gather are just there waiting for you and your Tenno. Nevertheless, it’s no surprise that there are players who don’t want to spend time gathering. Or maybe there are some limited items that can only be obtained during certain times.

Players that want these items without spending time and effort are offered with trades. They use the Platinum they bought before to buy the in-game items they want, and sometimes it’s even cheaper to buy with Platinum than purchasing stuff from the market. Also, nice players can opt to buy things with Platinum just to help others get that sweet currency.

Whichever the reason, I’ll list the most lucrative commodities that you can trade:

Mods are another great source of Platinum income. Although not as lucrative as prime parts in most cases, these are a good option since it’s easier to farm them.

Finally, the last way to get Platinum is the lottery. Yes, you read right: Digital Extremes do regular streams where they talk about some things related to upcoming content, design decisions, and many topics about Warframe.

The lottery comes from the prizes they give during the stream. They usually make three draws of 1000 Platinum and any of the people watching the stream has a shot at winning. Aside from the three Platinum prizes, they also make one final draw for a Prime Access Pack, which is basically a subscription type of package which gives you Platinum in addition to a lot of other featured items.

If you want to skip ALL those things and save time, you can also trade with players outside of the game: it could be cheaper thank you think and it’s definitely safe and easy to use. As it’s better to use a secure platform to trade from player to player. From my experience, I recommend PlayerAuctions because the website has been online as one of the best and safer trading platforms for over 18 years and it has secured over 3 million transactions among players!

Warframe is a wonderful free to play game because it’s actually FREE to play. You don’t have many limitations to enjoy the gameplay and your time being a Tenno, and you can even obtain the paid currency without spending a cent. The money is just there for you to pick it, or should I say, for you to farm it?

The ways I talked about before are simple and easy to do, they just require a bit of time and effort. But even if you farm items to sell them, consider throwing a couple of bucks into the game so the developers can continue giving us the fantastic and free experience that is Warframe.

Liked this article? You would also like to read: Warframe’s Best Secondary Weapon and Melee Weapons 2017